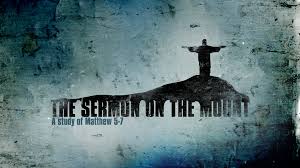 “A Life of Faithful Flavor and Light: Discipleship That Salts and Shines for the Glory of God (Matt 5:11-16)

“Not to Abolish but to Fulfill: The Importance of Every Jot and Tittle in the Law” (Matt 5:17-20)

“Let None Tear Asunder: Rethinking the Practice of Easy Divorce and Remarriage” (Matt 5:31-32)

“That You May Be Sons of God: Love Your Enemies and Pray for Your Persecutors (Matt 5:43-48)

“Not In Order to be Seen: Secret Giving and the Promise of Heavenly Reward” (Matt 6:1-4)

“How Not to Pray: Trying to Impress Others and Manipulate God” (Matt 6:5-8)

“Worth More Than Birds or Flowers: Learning Not to Worry About Your Life” (Matt 6:25-34)

“Wolves in Sheep’s Clothing: Not Everyone Will Enter the Kingdom of Heaven” (Matt 7:15-23) 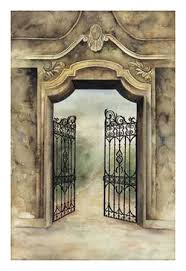 The thesis is in the opening words: “Enter by the narrow gate.” The rest of 7:13-14 gives two reasons why.

As Eugene Peterson once titled a book, the Christian life is “a long obedience in the same direction,” along a hard path that ends in life.

At Kosmosdale Baptist Church, I just completed a major section in the Sermon on the Mount on Sunday mornings. In Matthew 5:21-48 Jesus addresses six subjects as a way of expounding his claim that his disciples must have a “righteousness” that “exceeds that of the scribes and Pharisees” (5:20). Clicking the highlighted portion will take you to the sermon’s audio.

(3) Matthew 5:31-32: “Let None Tear Asunder: Rethinking the Practice of Easy Divorce and Remarriage” 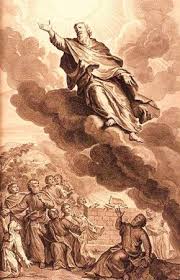 Genesis 5 records ten generations of descendants through Adam’s son Seth, and seventh in the list is this guy named Enoch (Gen 5:21-24).  His story stands out for at least four reasons:

Enoch’s story is remarkable not only for the quality of his devotion which the biblical text highlights and underlines, but also for its duration. The Lord took him at age 365 (Gen 5:23-24). Enoch didn’t walk with God for mere months, a few years, or several decades. He walked with God for hundreds of years.

Year in and year out, Enoch walked with God. Decades turned into centuries, and he walked with God with relentless devotion, commended for faith that pleased the Lord (Heb 11:5). What loyalty and love! A man after God’s own heart, Enoch followed his Maker until one day “he was not” (Gen 5:24). Suddenly at a precise latitude and longitude, God suspended the law of gravity, and just like that, Enoch was gone.

The reasons given in this list are worth reading slowly and not just once. Preach these 60 truths to yourself and be stirred.

In this post on Trevin Wax’s blog, he has a lot of great information and links about Sunday School.  I haven’t had the chance to look through each link, but this seems to be a very helpful compilation of resources.