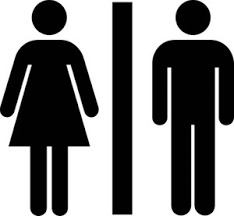 The Christian worldview teaches that our future hope should affect our present lives. We shouldn’t lose heart because an eternal weight of glory awaits us (2 Cor. 4:16-18). We can endure mistreatment now because of a greater reward to come (Heb. 11:24-26). We can labor for Christ knowing that our work will not be in vain (1 Cor. 15:50-58).

The future is ever relevant for the present. Specific future hopes can even clarify commonplace confusion in the culture. Let’s take the doctrine of bodily resurrection and hold up to it the hot topic of gender. What might the future resurrection of the body teach us about gender?

First, the resurrection will be gender-specific. Jesus was born a male, died a male, and rose a male. Gender didn’t become inconsequential once his resurrection happened. His glorified body reflected gender. From the beginning God made us male and female, and he will raise us male and female too. Nothing we do to alter our physical body now will circumvent our resurrected state. People who are born men will not be raised as women, nor vice versa. Sex-reassignment surgery doesn’t change gender, and the resurrection of the dead will make this abundantly clear.

Second, the resurrection shows the eternality of gender. Since the resurrection of the dead will establish eternal physical states for believers and unbelievers, our gender is eternal. Not even marriage is eternal, because that temporal earthly covenant points to, and will be eclipsed by, the union of Christ and the Bride (Rev. 21:1-21), but gender will last forever. When we’ve been there ten thousand years, bright shining as the sun, we will be there as men and women glorifying the Lamb who was slain. And in hell, those enduring the just wrath of God will be male and female rebels.

Third, the resurrection demands present bodily stewardship. If God will one day raise what dies now, then bodily resurrection vindicates the importance of the physical in life. Matter matters. We must not be practical Gnostics. The body is meant for the Lord, who will raise it up (1 Cor. 6:13-14). The term “stewardship” is apt, then, because we are not our own (1 Cor. 6:19; Rom. 6:12-13). God is sovereign over us, and we must faithfully steward what he has given us, including our bodies. A female body should be cared for and maintained as such, and a male body cared for and maintained as such.

Gender is not malleable like clay. Gender exists by the design of God and for the glory of God.

It is no secret that there are connections in Genesis to ancient Near Eastern creation accounts. Debate exists as to how that relationship should be explained, though that’s not the purpose of this post. I want to highlight seven elements in Genesis 1 that, when compared with other creation accounts from the Near East, shine brightly like diamonds on black cloth.

(1) There is one God in Genesis 1. This truth flies in the face of the ancient Near Eastern creation accounts which consistently speak of multiple deities. One God made the world.

(2) The one true God has no past genealogy. This too is different from creation accounts which speak of gods who were born because other gods came together. There never was a time when God was not.

(3) God is omnipotent. This all-powerful Being is superior to all he’s made, with no equal rivals. His power differs from gods in the ancient Near East who were restricted, vulnerable, and could be defeated.

(4) Creation happened according to God’s command. “Let there be,” he said, and there was. Gods of the ancient Near East often had to contend with creation, to wrestle with material and divine forces.

(5) God did not use already-existing materials when he began to create. By his power, he made everything from nothing. The gods of the Near East, however, relied on coexistent material (and even other gods) to create.

(7) God made creation “good,” even “very good.” No warfare, no skirmishes between gods, no tainted world. In Genesis 1, the Lord evaluated what he made and declared it good!

The creation account in Genesis 1 may stand out in other ways when you compare its language with other accounts from the ancient Near East, but the previous seven distinctions certainly are a start.

In the latest installment (18.1) of the Journal for Biblical Manhood and Womanhood (JBMW), I wrote an article on pp. 16-21 about how Genesis 1:28 serves as an important backdrop to the punishments on Adam and Eve in Genesis 3:16-19.

The new installment of the journal is now live, and my article is called “God’s Judgment on His Blessing: How Genesis 1:28 Informs the Punishments on Adam and Eve.” 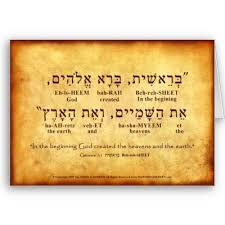 In the beginning prepares us for an end not yet in view. History is heading somewhere.

God is the first name in the Bible, which is appropriate since this is His story on a global stage that showcases His glory. I am not the center, the substance, the chorus, or the climax.

Created is the uncompelled act that set things in motion, a sovereign display of unparalled power and majesty. God is God all by Himself.

The heavens and the earth covers the whole gamut, from everything above us to everything below us. We are derivative, not ultimate.

As Dan Phillips rightly observes, “The most offensive thing I believe is Genesis 1:1, and everything it implies.”

Humans aren’t animals, animals aren’t plants, and plants aren’t humans. Those (obvious) distinctions are clear in the opening chapters of the Bible, and seeing how phrases like “breath of life” and “image of God” are used can highlight the distinctions made in the text itself.

But more can be said than that.

In Genesis 1:30 God tells the first couple that animals have “the breath of life,” something not attributed to plants. In fact, God says everything that has the breath of life can have every green plant for food! So in whatever ways plants are alive and undergoing complex processes at microscopic levels, this is not the same thing as saying they have the “breath of life” as animals do.

In Genesis 1:26 God makes man and woman in his image, something never said of animals. Also, in 2:7, God forms the man and breathes into him the “breath of life.” The woman, likewise in the image of God (1:26), certainly receives the “breath of life” when God forms her out of what he took from Adam (2:21-22). While animals and humans both have “the breath of life,” only humans are made in God’s image. As God’s image-bearers, humans must exercise dominion over the animals (1:28).

What are some implications of these realities laid out in Genesis 1-2?

Before the fall in Genesis 3, God gave Adam and Eve a creation mandate:

“Be fruitful and multiply and fill the earth and subdue it and have dominion over the fish of the sea and over the birds of the heavens and over every living thing that moves on the earth” (Gen 1:28).

Let’s note how the judgment language for each one reflects the preceding creation mandate of Genesis 1:28:

Clearly, therefore, the language spoken to the man and woman in Genesis 3:16-19 is not without precedent. God issued the creation mandate in 1:28 before the fall, and the later punishments in 3:16-19 did not rescind that mandate. Rather, they ensured that the mandate would now be accomplished through difficulty, frustration, toil, and pain.

In summary, to understand why God judged Adam and Eve the way he did with the language he used, we must first consider the creation mandate in Genesis 1:28. The punishments become inseparably linked to that divine command to be fruitful and multiply and subdue the earth.

In Genesis 1–4 the language of “blessing” appears 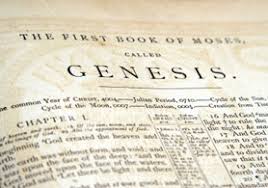 before the fall, followed by occurrences of “curse” after Adam and Eve disobey God’s command and eat the forbidden fruit.

The blessings and curses can be grouped like this:

When you look at these groupings, four further observations can be made:

What else can be seen from the groupings of “blessing” and “curse” in Genesis 1–4?