Over the years I’ve had the great blessing of sitting down with children who want to be baptized. During such a meeting, there are specific questions I want to explore, though they are not all of equal merit. Depending on the age of the child, some questions may require more elaboration than others so that the child can understand what I’m asking.

Though we will invariably discuss more than what follows below, these 10 questions (and sub-questions) set the tone and direction of our meeting, and the quality of the child’s responses serves as a helpful guide for whether I’ll be moving to the stage of baptism or whether further time and training is needed first. While the main questions should be presented, certain sub-questions may exceed the understanding of some children at the time.

(3) What do you believe the Bible teaches about Jesus?
-Where did he come from?
-Did he ever do anything wrong?
-Why did he die?
-What happened on the third day after he died?
-How was/is Jesus different from other people?

(7) What does it mean to repent (turn from) sin?
-Why should we turn from sin?
-Since Jesus forgives our sins, is it okay to love sin now?
-How should a Christian learn to think about his/her sin?

(8) What happens to people who do not trust in Jesus as their Savior?
-Why does hell exist?
-Is God mean because people will be in hell?
-How long does hell last?
-Can anyone be rescued out of hell?

(9) What are ways people can learn about Jesus?
-Do you own a Bible? Do you read it?
-Do you attend church?
-Do your parents talk to you about Jesus?

In the latest edition of The Journal of Discipleship and Family Ministry, Dr. Andy Naselli has what looks like an outstanding article on parental discipline called “Training Children for Their Good.”

Our family is so blessed to have three boys. What a privilege to be a parent, what a heavy responsibility to shepherd young hearts.

“Into Our Quiver”
Written for Owen Warren Chase
February 12, 2013

Into our quiver You have given
Us a son, the third,
Another blessing from above, and
One more soul to herd.

A bearer of Your image, he is
Made to have dominion.
His ev’ry path You have traced out,
His ev’ry day You’ve written.

In Your hand his heart, like all,
Is in need of Your mercy,
The kind alone that saves from sin
And opens hearts unworthy.

May our son, whom we name Owen,
Live out its meaning, “noble,”
A boy who grows to be a man
And is, in Christ, most hopeful.

O Father, hear this prayer we make,
And grant to him salvation,
That one day he might join the throng
Of saints from ev’ry nation. 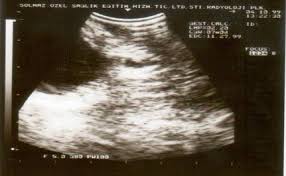 We have a death problem because we have a sin problem. In the early chapters of Genesis the garden paradise becomes vacant as God expels the image-bearers outside where they will surely die. No matter how hard they work, how much dominion they exercise, or how long their years last, one day the dust would overcome them. And die they did.

But Adam and Eve weren’t the first to die. Their older son Cain killed his younger brother Abel, meaning the first death was a murder. This act sounded an ominous tone for the stories that followed because we see that life outside the garden is characterized by sin, and the sins we are capable of are heinous.

Fast-forward to the Israelites. After generations of death and the spread of sin, the generation freed by the exodus from Egypt heads toward the Promised Land. Then, due to their disbelief in God’s promises and power, he forbids the exodus generation to enter the land. The next generation will still inherit it, but not before a forty-year detour that will bring about the death of their unbelieving ancestors. And die they did.

The wilderness wandering was a period when millions returned to the dust under the judgment of God. His judgment on them lasted not just a week or a month or a year or even a decade. For forty years the Lord kept his word, and then the descendants of the exodus generation inherited the Promised Land.

Now think about another forty-year period. Today, January 22, 2013, is forty years since January 22, 1973, when the Supreme Court rendered its ruling on Roe vs. Wade. These four decades have been a wilderness of our own making, a time when many doctors and patients have usurped the role of God and administered judgment without warrant against innocent life through abortion.

The wilderness wandering in Exodus may have been on the way to the Promised Land, but that’s not where the years of 1973-2013 have been taking us. When the first murder was committed in Genesis 4, God told Cain that Abel’s blood cried out from the ground–a cry for judgment, for vindication.

In forty years the deaths by abortion exceed 50 million babies. We can’t fully imagine the combined cry of 50 million voices. But God is not deaf, and their cries are heard. The murder of God’s image-bearers graphically displays the heinous potentialities of sin.

How long will this wilderness of our own making last? The answer is unknown. How many more deaths will be added to the 50 million slain? We don’t know, but any number is unacceptable.

May God grant Christians courage and wisdom to speak the truth about the injustices committed against unborn image-bearers. The seed of the serpent, like Cain or Pharaoh or Herod, has always shown a blatant disregard for the dignity of tiny lives, so God help the seed of the woman–the Church–to have biblical resolve and a prophetic voice.

This article reminds us that the practice of parenting is a vessel for sanctification.

This is a helpful article on a really important topic.  Do you have children?  Are you a minister that in any way oversees children?  You’ll want to read Elliff’s words thoughtfully and then pass them on to someone else.

At The Gospel Coalition website, I appreciate Justin Taylor’s thoughts on baptizing children.