I’m currently preaching in Matthew 7, so I’m in the stages of wrapping up the Sermon on the Mount (SM). Having spent several months in this artistic chunk of Matthew’s Gospel, I’m convinced (for now anyway!) that the outline of the SM is this: 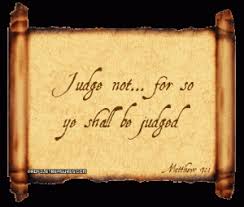 The message of Matthew 7:1-5 is about judging others. The opening words “Judge not” (Matt 7:1) are some of the most oft-quoted in the 21st century, and they are used in our culture to justify the abdication of moral discernment and evaluation. “Who are you to judge? Jesus said judge not!”

Context always matters, though, and in this case the verses following Matthew 7:1 show that the prevailing cultural view of Jesus’ words is manifestly wrong. He does give a warning (7:2) and an illustration about ignoring your plank while focusing on another’s speck (7:3-4), but the final verse is the twist in the teaching.

Hearers may have expected that the opening command (“Judge not!”)–which was followed by a warning (7:2) and two rhetorical questions showing the absurdity of judging a speck in someone’s eye (7:3-4)–might lead to a conclusion like this: “Therefore, don’t judge anyone at all! If you’re doing it, stop it! And if you’re not doing it, don’t start!”

But Jesus opens the final verse (7:5) with “You hypocrite.” This address pinpoints the problem in the kind of judging going on. Jesus called out hypocrisy with respect to giving (6:2), praying (6:5), and fasting (6:16), but his use of that word in Matthew 6 wasn’t intended to nullify the practices of giving, praying, and fasting. Rather, Jesus wanted giving, praying, and fasting done in the right way–namely, with the aim to honor the Lord and not for human applause.

The use of “hypocrite” in Matthew 7:5 indicates not that judging itself is wrong but that it isn’t being done correctly. After all, Jesus wouldn’t forbid making judgments right before talking about pigs and dogs (7:6) and true and false teachers (7:15-20). Without making judgments, how could his disciples ever recognize a pig or identify a false teacher? How could the saints ever exercise church discipline? (18:15-20).

The problem Jesus was addressing seems centered on the judge not dealing with his own sin before judging another’s sin. The judge is occupied with another’s speck while there is a plank protruding from his own eye! (Matt 7:3-4). That’s the hypocrisy: ignoring one’s more pressing (and perhaps even worse) sin while simultaneously trying to help a brother out with his speck (perhaps a lesser sin or at least one not so obvious).

Jesus wants his disciples to make moral judgments without this kind of hypocrisy, so he says, “First take the log out of your own eye, and then you will see clearly to take the speck out of your brother’s eye” (Matt 7:5). Remove the log, then help your brother. More specifically, after removing the log you will be able to see clearly to take out your brother’s speck. The unattended vision problem, then, is the problem. How can we aid someone with their speck when we are so obviously impaired with our log?

If Jesus isn’t prohibiting judging others (discerning and dealing with their sins) per se, what is he prohibiting? Think of it this way: if we aren’t addressing our own sins but are zeroing in on the sins of others, we become self-righteous. We’re either minimizing, excusing, or ignoring our sins, and in the end we’re trying to help someone while being severely impaired. Self-righteousness is not a posture from which to help people.

But what’s the resultant attitude if we deal with our log first? To begin dealing with our log, we must agree we have sin that must be addressed–perhaps even the same sin we’re wanting to help a brother with (see Paul’s words in Rom 2:1)! And if we agree that we have a log, its removal isn’t through any process other than repentance. We must turn from our sin. We must not minimize, excuse, or ignore it. Repentance involves dependence on God’s strength and forgiveness, forsaking and mortifying our fleshly desires. Focusing first on our own sin produces an attitude of humility. We have applied the word of God to our own soul and have been honest about our needy state before him.

We are able to help our brother from a posture of humility. Humility’s friends are Gentleness and Mercy, and we need them too in the process of dealing with a brother’s sin (whether it’s a plank or a speck). Paul wrote to the Galatians, “Brothers, if anyone is caught in any transgression, you who are spiritual should restore him in a spirit of gentleness. Keep watch on yourself, lest you too be tempted” (Gal 6:1).

When the time comes to deal with the sin of a brother, the way to address the subject humbly is to keep a close and honest eye on our own hearts first. “If we say we have no sin, we deceive ourselves, and the truth is not in us” (1 John 1:8). When our posture is what it should be, we can be helpful to others and avoid the kind of hypocritical judgment Jesus forbids.

The author of Hebrews wrote to people who needed to endure, to run the race and not turn back. He employed multiple strategies toward this goal.

It’s been said that sound theology is important for suffering and trial, and that is true. More specifically, you need sound christology for your suffering. Christology is a strategy woven throughout the letter, and Hebrews 7 takes an interesting turn when the author spends time on Melchizedek.

“Melchizedek?” you might say. “Really? Why not something a bit more relevant, someone a little more known, a subject a little easier to understand?”

To these saints who have already endured cost for their faith (cf. Heb 10:32-34), the writer waxes eloquently about a mysterious Old Testament figure who appears only twice before Hebrews (cf. Gen 14; Psalm 110), but he isn’t trying to be difficult for the sake of it. He knows that what he’s going to say “is hard to explain” (Heb 5:11). But does that mean it’s not worth saying?

Sometimes robust truth is what will hold you up. Hard times may need some hard teaching.

If you were writing a letter encouraging suffering saints to persevere, would Melchizedek be a topic you’d cover? The author of Hebrews doesn’t permeate his letter with paragraphs of this same caliber, but bringing up Melchizedek does serve his christological aim. The writer wants his readers to think great thoughts about Jesus, so from his arsenal he pulls out the four-syllable king of Salem, but he won’t stop there–he’s got something important to say about Jesus.

Don’t have a low estimation of what high christology can do for your soul during spiritual warfare. The writer wants the readers to take comfort and refuge in the truth about Jesus the Great High Priest, but how can Jesus be a high priest if he wasn’t from Levi’s tribe? Enter the purpose of Hebrews 7.

The subject of Melchizedek isn’t evoked to be impressive or heady. The author shows through typology how Jesus’ priesthood had an ancient precedent in someone who was both priest and king and held those roles without Levitical pedigree. Jesus was a priest like that. What he came to do surpassed, and was not vulnerable to, the inadequacies of the old system.

What’s the good news for sufferers about Jesus’ high priesthood? He’s “able to save to the uttermost those who draw near to God through him, since he always lives to make intercession for them” (Heb 7:25). Jesus is better than any previous high priest because he is “holy, innocent, unstained, separated from sinners, and exalted above the heavens” (7:26). He doesn’t offer perpetual sacrifices but offered one, once for all, and the offering was himself (7:27).

For the Hebrews writer, Melchizedek was a means to an end; he was never the point. He was useful insofar as he pointed to what the readers needed to know (or to remember) about Jesus. The author wanted them to think great thoughts about Jesus, and his strategy was to bring up Melchizedek so that they would be awed by the glorious intercessory work of the Son who reigns as the permanent high priest with an indestructible life. Jesus is able to help people who are being tempted (2:18), and he has mercy and grace to give them in their time of need (4:16).

When your knees are buckling and your focus is blurring, Jesus is who you need and has what you need.

I loved reading Ben Myers’ collection of tweets about each Bible book. (He even does some intertestamental books!) Clever, artful, moving, and beautiful.

Malachi: You’ve got a new temple; now get new hearts to go with it, before the temple’s Lord appears and turns the tables on you.

Luke: After careful research I have prepared an objective scholarly account of what happened. It all began with an angel…

Romans: Adam lost it, Christ found it, the Spirit gives it, faith holds it, creation yearns for it, death yields to it.

Galatians: We felt insecure without our chains so we hired experts to repair them. Then Paul came back, wielding a sledgehammer. 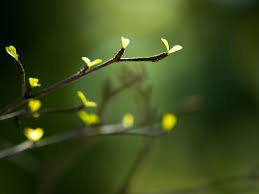 But Matthew 2:23 puts interpreters in an unexpected predicament. Matthew reports that Joseph took Mary and Jesus and went to live in Nazareth so that what was spoken might be fulfilled: “He shall be called a Nazarene.” The problem is twofold. First, the Old Testament nowhere has the phrase “He shall be called a Nazarene.” Second, Nazareth isn’t even mentioned in the Old Testament.

What should we make of Matthew’s use of Scripture? I think five affirmations can point us to a very plausible solution:

The words “He shall be called a Nazarene” fulfills a pattern of lowliness and humility and scorn that would characterize the Branch from David’s line. No one was expecting anything amazing from Nazareth, much less the Savior of the world! After Joseph moved the family to that village, Jesus grew up in obscurity.

Imagine a sketch artist who needed information for his task. And imagine that multiple witnesses turn up, but no one offers a complete description, just partial clues. After pulling together the details, the sketch artist is able to say “Here he is,” based on what multiple testimonies described.

Matthew has listened to multiple Old Testament texts. Who conforms perfectly to the portrait they’re describing? Matthew knows Jesus does, and an important motif of lowliness, humility, and scorn must be taken up by God’s ruler and fulfilled. Seemingly from out of nowhere, Jesus arrives on the public scene around age 30 and proclaims God’s Kingdom at hand. The Branch from David’s line will meet rejection, suffering, and death. The statement “He shall be called a Nazarene” is Matthew’s way of recognizing that God is bringing to pass what the prophets projected.

The Seed of the woman, the Curse-bearer, the Word-made-flesh–he was a Nazarene.

One of the top 10 books I read in 2013 was Jason Meyer’s Preaching: A Biblical Theology. The Gospel Coalition posted my review.

In chapter 4 of his Handbook on the New Testament Use of the Old Testament: Exegesis and Interpretation, G. K. Beale explains twelve ways the NT authors use OT texts. Here they are as a list, with some elaboration and examples from Beale:

“We will also find that sometimes more than one category may be applicable in a use of an OT text in the NT and that some uses may even be subcategories of other uses” (p. 56).