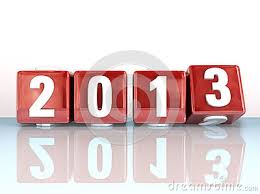 The last day of 2013 has arrived. As I think back over this year, many highlights stand out. And many of them are school-related because, well, school consumed a lot of time this year!

January: Stacie was in her third trimester, and lots of baby-prep was underway–doctor appointments, baby showers, stuff like that. In some spare time, I wrote an article called “God’s Judgment on His Blessing” for the spring edition of the Journal for Biblical Manhood and Womanhood.

February: On the 8th, I left my 20’s behind with the 3-0 milemarker. But the big news this month was the birth of Boy #3, Owen Warren Chase, on February 12. My parents flew in for the birth and stayed more than a week for our sanity’s sake. When they left, they took our oldest, Jensen, back with them for a couple weeks. That helped our adjustment a lot!

March: Preparation time for Comprehensive Exams finally came to an end. At Southern Seminary, I took three major exams which were the final doorway to go through before dissertation writing formally began (which means I had some pages written already, just informally). In the final weeks of study, the cries of a newborn often served as background music. On the morning of the final test, which was the third and hardest one, I was late because of rainy weather.

April: At the beginning of the month, I turned in my prospectus for my dissertation to the faculty for approval. Writing was now in full swing. With a detailed outline and a mountain of research under me, I knew what I wanted to say and needed to set aside the time to say it. On April 18, I marked fourteen years of preaching God’s Word. What a privilege and joy to study and herald it.

May: We started the month with a family trip to Texas, which was the first time Stacie and I flew on a plane with three kids (all under five years old, one a nursing infant). After that nightmare flight, the stay with family was great, and I got to officiate my sister’s wedding. I preached at my home church, always an honor. The day after we returned to Louisville, Jensen broke his right arm by falling off monkey bars in our backyard, so off to the emergency room we went. Our niece Sadie came to see us, and she’s the coolest college girl we know.

June: Writing, writing, and more writing. Stephen Dempster agreed to serve as the External Reader for my dissertation. Little Logan, the middle boy, turned 2, and something promptly instructed his personality to act accordingly. At the end of the month was Vacation Bible School, so it was good to spend the final week of June telling kids the Good News about Jesus.

July: The first week of July was spent in Oklahoma visiting family. What a relief to have some vacation time! Later that month, my sister flew to visit us for a few days, and at the end of the month Stacie and I celebrated 8 years of marriage. In important church news, my friend Tim Scott became our Associate Pastor at Kosmosdale Baptist Church, where he serves faithfully and zealously and wears multiple hats.

August: On the 2nd, our family marked three years since we arrived in Louisville pulling a U-Haul from Texas. Lots of chapter revisions this month. I completed the near-final draft of the dissertation. I officiated the funeral of a beloved man in our church named Sid.

September: School started for Jensen, a wonderful program called Classical Conversations. We love it, and he loves it. My parents visited for a week, as I studiously worked to finish the Defense Draft of the dissertation. I realized I had a glaring spelling error in my title on the first page, of all places! I fixed that and turned in copies for my Doctoral Committee at 4 pm on Friday September 20. At home that evening, the family exhaled a huge sigh of relief with me.

October: We scheduled meals with friends. Toward the end of the month, our church had the annual men’s retreat, and Matt Damico did an outstanding job serving as our speaker. Halloween was fun as the kids dressed up and (after they went to sleep) we rummaged through their candy.

November: My dissertation defense was scheduled for Monday, the 3rd, at 3 pm. I made final changes to the manuscript and turned in the final (and I do mean final) version on November 18. Later that week I flew to Baltimore to attend the annual Institute for Biblical Research conference, where I had the opportunity to present a paper titled “The Genesis of Resurrection Hope.” Jensen turned 5 years old on the 22nd. Thanksgiving was a blast, and there was a ton to be thankful for. We spent it in Louisville with family and friends.

December: Graduation at Southern Seminary was held on Friday the 13th. No superstition though! Just amazing grace and gracious providence. My parents flew in for a two-night stint, just to see the graduation live. Then they came again two weeks later for Christmas in Louisville, staying more than a week and a half. Totaling up their days, they spent half of December with us in Louisville! (They must love those grandkids.) This month I worked on winding down and relaxing a lot, even reading some fiction. Owen took his first steps.

2013 was full of challenges, especially regarding parenting and schooling. 2013 also had its important transitions, which will make our 2014 look very different from this year.

Praise God from whom all blessings flow,
Praise Him, all creatures here below,
Praise Him above, ye heavenly host,
Praise Father, Son and Holy Ghost.
Amen.

Justin Taylor posted a summary and questions on divorce and remarriage according to Jay Adams. This material is based on the content in Adams’ book Marriage, Divorce, and Remarriage in the Bible. Helpful stuff on a difficult and disputed topic.

Came the Magi to the village
Bearing treasures three:
Gold and frankincense and myrrh were
Gifts fit for a king.

Walking far, the wondrous star did
Guide them to the place,
And in that home they all beheld the
Son’s incarnate face.

With exceeding joy, they opened
Gifts, and all bowed down
To worship Jesus, born the King in
David’s little town. 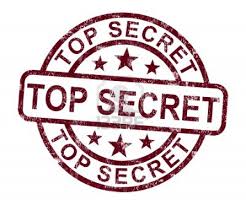 In the infancy narratives of Matthew’s Gospel, the narrator invites the reader to compare the different plans that Joseph and Herod make. Only twice in the Gospel of Matthew does the term lathra (“secretly”) occur (1:19; 2:7), and in juxtaposed stories as well: 1:18-25 and 2:1-12.

Both Joseph and Herod have secret plans, but one is righteous and the other wicked.

Al Mohler has a great article reflecting on A. T. Robertson’s arguments for the virginal conception of Jesus. According to Robertson, “The virgin birth is the only 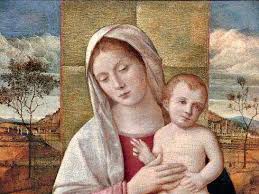 intelligible explanation of the Incarnation ever offered.”

This last Sunday morning at Kosmosdale Baptist Church, I preached from Matthew 1:18-25, and I opened the message with a string of seven points that show the logic of the virginal conception. In a series of “if” statements, we can see how the virginal conception is not expendable. It is connected to the primary doctrines of christology and soteriology. 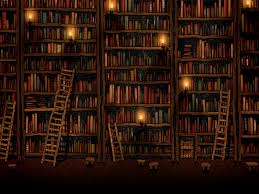 End-of-year lists are as expected as holiday leftovers, so I’m entering the fray with one too. Below are books in my Top 10 this year, though they weren’t necessarily published in 2013, nor are they in a particular order. If you click on the book’s title, you’ll be taken to its Amazon page.

(1) Jesus On Every Page by David Murray. We should read the Old Testament in light of the Person and Work of Jesus, and Murray is a helpful guide in this task. He unpacks ten ways to see Jesus in the Old Testament. I loved this book and reviewed it here.

(2) What Is Biblical Theology? by James M. Hamilton. This is an introduction to a crucial subject, and Hamilton compellingly and clearly provides the answer to the title. Bible-readers should aim to understand (and, yes, imitate) the interpretive perspective of the biblical authors. I reviewed his book here.

(3) Preaching: A Biblical Theology by Jason Meyer. If I taught a class on preaching, this would be required reading. It is packed full of biblical insight, and in half of the book Meyer traces the stewardship of the word through the Old and New Testaments in a riveting way. Pastors, in particular, should get it for their 2014 reading.

(4) Conviction to Lead by Albert Mohler. When I read this book back in January, I knew immediately it would be on my end-of-year list. Concise, powerful, and memorable, Mohler’s book on leadership is my number one recommendation on the subject. I reviewed it here.

(5) Father Hunger by Doug Wilson. As a dad, I find books on fatherhood to be a helpful and necessary addition to an annual reading regimen. Because of what I’ve read before from Wilson, I had high expectations for this book and was not disappointed. His substance and style is tremendous, refreshing, and a word for our times. Fathers, take up and read.

(6) Kingdom Come by Samuel Storms. For many years now I’ve loved reading books on eschatology, and I looked forward to the release of this one. As with any book on end-times issues, I don’t agree with every conclusion therein, but I enjoyed the journey through the subjects he evokes.

(7) The Pastor’s Justification by Jared Wilson. In this important book for pastors, Jared Wilson (a pastor himself) talks about ministry in light of the Gospel. In a meaningful and carefully crafted exposition of 1 Peter 5 and the Five Solas of the Reformation, Wilson shows that the Good News is for ministers.

(8) Death By Living by N. D. Wilson. Like others who enjoyed Notes from the Tilt-A-Whirl, I wondered if I’d enjoy Wilson’s newest non-fiction book even more. And I did. His writing is a delight to read. It’s the kind of prose you swim in and climb out revived.

(9) When Shall These Things Be? edited by Keith Mathison. This book is a critique of an eschatological view called Hyper-Preterism. The line-up of authors consists of Doug Wilson, Ken Gentry, Keith Mathison, Charles Hill, Richard Pratt, Simon Kistemaker, and Robert Strimple. Again, I don’t affirm every sentence they write, but the book is a thoughtful and fascinating read (and, I hasten to add, a devastating and successful critique) of a very problematic eschatological perspective.

(10) Finally Free by Heath Lambert. Jesus promised that the pure in heart shall see God, and Lambert is honest with his readers that purity is warfare. Many snares await disciples, hoping to seize them and enslave them with images and habits that deaden their love for God and neighbor. But the Gospel of Jesus Christ is powerful, and it’s the only power that can set the captive free. Lambert’s book is full of Gospel-saturated wisdom and strength.

Observations about this list: There are (1) two books on reading the Bible, (2) three books by guys with the last name Wilson, (3) two books on end-times stuff, (4) three authors associated with The Southern Baptist Theological Seminary, (5) two books especially helpful to pastors, and (6) two books whose titles ask a question.

Have you read any of these books? Would they make your end-of-year list?

Fourteen may seem like an unexpected number, given the prevalence of others in the Bible like seven or twelve or three. So why fourteen?

The most commonly argued suggestions among scholars are these:

The second view seems more likely for the following reasons:

Do you find this argument convincing for why Matthew used “fourteen” to divide his genealogy into three sections? Or is there another view that seems more compelling? Maybe the two common views aren’t mutually exclusive?