The fall of 2012 was a pause in doctoral studies at Southern Seminary, a break known as an “interrupted status.” But in 2013 things were back in full swing. Here’s the breakdown on Semester #5.

With the fifth semester at SBTS now behind me, and with only the dissertation in front of me, I should be writing during every free moment I can get my hands on! In the months ahead, I can’t afford to have extraneous written words unrelated to my topic–which means I need to find a way to fit this blog post into a footnote. 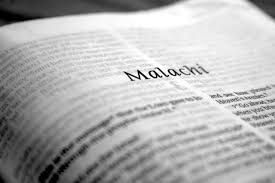 “Behold, I send my messenger, and he will prepare the way before me. And the Lord whom you seek will suddenly come to his temple; and the messenger of the covenant in whom you delight, behold, he is coming, says the LORD of hosts.”

In Malachi 3:1 there is dispute among Old Testament scholars as to how many figures are in view.

Seen as parallel statements, the second sentence in Malachi 3:1 is referring to a second figure only, not a second and a third. The “messenger of the covenant” refers to “the Lord.” This same figure is sought and delighted in by the people, and he “will come/is coming.”