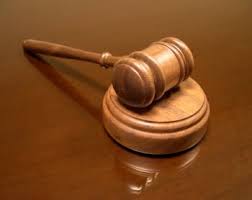 I wonder what Jonah would’ve thought of the Boston bombers. More on that in a moment.

Here were two men who committed heinous acts against image-bearers. One of them died and the other is in custody. According to the apostle Paul, governments do not bear the sword in vain (Rom 13:4b) and actually manifest God’s earthly wrath on wrongdoers (13:4c). Since one bomber still lives, he should answer for his crimes–for the blood of the dead and the plight of the wounded.

But what about his spiritual state? He is an idolater, because worship of anyone/anything other than the One True God (who is revealed by Jesus) is idolatry. God is worthy of worship from everyone bearing his image, even those currently pursuing falsehood and having hearts dead in sin.

Does it seem like a strange notion that Christians should pray for this bomber to be saved? Would it make you angry if someone in prison shared the Good News with him and God showed him mercy? Of course he should answer for his earthly crimes, but what about the sins against God for which he stood condemned before the events of this week even occurred? He stood condemned already.

Jonah had a certain heart toward those who were enemies of his nation, and it was a heart of stone. No mercy for them; only destruction. God told him to preach to the Ninevites because of their great evil (Jon 1:2), and the prophet said “no.” Well, he didn’t actually say “no,” but he fled in the opposite direction, and actions speak louder than words. God heard it loud and clear.

Even after Jonah experienced God’s deliverance (Jon 1:17; 2:2, 6), he still didn’t want God to deliver the Ninevites. When he finally preached in that city, the Ninevites converted, and God showed mercy instead of judgment (3:2-5, 10). God’s mercy on the Ninevites made Jonah want to die (4:3). He thought it was wrong for God to spare them from wrath (4:1).

I wonder if Christians have Jonah’s heart toward this living Boston bomber. It isn’t wrong–in fact, it is altogether right–to think that this man should answer for his crimes under our laws. Even if he became a Christian, that doesn’t undo the consequences and damage of what he and his brother did. But Jonah’s hardness was against something else. He hated the enemies of his nation so much that the thought of God saving them made him want to die.

Should Christians feel anger at what the bombers did? Of course. Should the one who lived answer for the crimes he committed in that city? Absolutely. But should Christians still pray that he will find mercy and forgiveness from God so that on Judgment Day he can point to Jesus as the only reason why sins like his are atoned for? Most certainly.

Keep several things in mind. Jesus bore the cross reserved for Barabbas, who was a political insurrectionist. And on either side of the cross were two others, criminals receiving earthly punishment for their deeds (Lk 23:40-41). One of them, the Famous Thief, said, “Jesus, remember me when you come into your kingdom” (23:42), and that statement of faith changed everything.

Back to my opening thought. I wonder what Jonah would have thought of the Boston bombers–and I don’t think we’re completely in the dark on this one. He wouldn’t want God to show mercy or the grace of conversion.

But a main point in the book of Jonah is this: don’t let your heart be like Jonah’s! That arrogant prophet was wrong in presuming he knew who should receive mercy and who shouldn’t. He himself had received mercy but wanted it denied to others. Jonah received mercy but wasn’t humbled by it; that’s a dangerous place to be.

Let’s pray for God to save Dzhokar Tsarnaev and reveal the majesty of the Risen Lord Jesus to his heart. There is pow’r in the blood. This blood of Christ can cover and forgive the most inconceivable of sins and wash a sinner white as snow.

Such deliverance, such salvation, results in the kind of words that Paul wrote, a man once steeped in darkness and violence and religious devotion against Jesus: “But I received mercy for this reason, that in me, as the foremost, Jesus Christ might display his perfect patience as an example to those who were to believe in him for eternal life” (1 Tim 1:16).